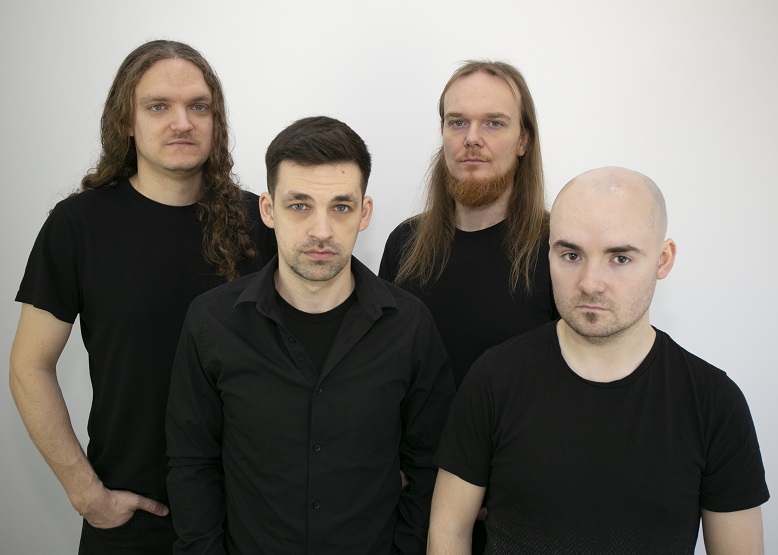 Senem (aka Lady Obscure) : Hi Rich. It’s great to have you on these pages again. You know I am a huge fan 🙂 Kind of expressed it on my review of Enigma back in 2013. But for those who do not know Aeon Zen that well, can you give a little background?
Rich Gray: Aeon Zen began aaallll the way back in 2008, essentially as a way to get out all the ideas I had in my head driving me crazy! After being in a few bands that sort of fizzled out (or maybe never got that far!) I decided the best and most productive way forward would be to record almost everything myself. It’s now 13 years and 6 albums later and Aeon Zen has become a fully-fledged band with tours and a vast array of accomplishments under our belt.
Now, in 2021, we have decided to bring the Aeon Zen journey to a close, but we really didn’t want the band to fizzle out and fade away as so often happens. So we decided to release one final album as a way of saying thank you to everyone who has enjoyed our music and to go out with a bang!

Senem: Pandemic has taken an emotional toll on everyone yet the arts have been hit especially hard. The musicians are vulnerable to financial upheaval. How have you guys have been holding up?

Rich: Of course it’s been tough, no use trying to sugar coat it really. Financially it has been pretty devastating for so many people and I suppose the one thing that pulls us together is the ability to create and/or enjoy the music that we love so much. I do think we’re fortunate in that sense and there have been so many great releases coming out over the past year to prove it! I’m lucky in that I have the ability to produce, mix and master bands from my own studio, so side from creating new music of my own, I’ve spent much of the last year and more working on a ton of amazing projects and albums.

Senem: Cool. I personally would love to hear everything you touch. How did the initial musical and thematic elements for Transversal evolve?
Rich: 14 years in the making! Transversal began life in 2007, before Aeon Zen even existed, and was one of the first full pieces of music I wrote in the style that the band have become known for. So as an awkward, out of place 17 year old I wrote this epic 30+ minute piece of music that no one else I knew would even be interested in listening to [laughs]. Instrumentally it was more or less written since around the end of 2007 but it never had any lyrics or vocals.
So when the idea came about to end the band’s time with one final album, really the only logical conclusion was to complete this as-of-yet untitled 30+ minute epic. Over the course of 2020 and 2021 I rerecorded almost everything that I wrote all those years ago (although there are some parts of the original recording that are in this final version!), and edited parts, expanded other parts, added some riffs and solo sections here and there.
There was, of course, still one final, and pretty massive, hurdle… Vocals! It’s incredibly tough to suddenly have to write vocals to a song that you’ve known instrumentally for 13 years so rather than try and force it I decided to ask our vocals, the incredibly talented Andi Kravljaca, if he would be able to come up with lyrics and melodies for the whole thing, as someone with fresher ears than mine!

Rich: So I sent him pages worth of notes explaining my thoughts on every section of the song and he absolutely crushed it.
Then on top of that we have lead guitar contributions from our amazing guitarist Alistair Bell to round things off. Oh along with a 6 piece chamber choir that I wrote for the album too, each person recorded separately in their home studios that I painstakingly edited together.
And one final really cool element that I wanted to try was to bring back some old Aeon Zen alumni, so we are fortunate enough to have guest contributions by Vadim Pruzhanov (solo, ex-DragonForce) and Matt Shepherd who used to play live with Aeon Zen and features on many of our older albums.
We couldn’t be happier with the results!

Senem: Oh wow.. I am growing impatient here 🙂 Can you tell us about the lyrics ? How did the ideas come about, and how do they influence the writing process?
Rich: Transversal essentially pays tribute to all our fans, all the experiences we have been through together, and the incredible journey that Aeon Zen has taken us on. From the band’s inception, to touring, recording, working together, reactions from fans (and non-fans [laughs]), it’s a way of bringing closure to our entire story and bring the lyrics full circle in the same way the music does both stylistically and historically.

Senem: Which is more exciting? Being on the road or studio?
Rich: It’s a bit of a mix for me, to be honest. I absolutely love the act of creating music, the first time you hear something back that you just envisaged in your mind even so much as several minutes prior is a feeling like nothing else. And the sense of exploration and experimentation in the studio is something I really love. That’s part of the reason why I love working with other bands and artists in the studio too, whether it’s producing or mixing and mastering, it’s another way of creating.
On the other hand, it’s also a great feeling being out touring and playing music to audiences and feeling their energy. It’s been a little while since Aeon Zen have played live, we’ve become more of a studio band over the last several years, but I do get to do a lot of touring playing bass for Canadian thrash band Annihilator and it’s always a blast!

Senem: If you could change one thing about the music industry, what would it be?

Rich: Probably the over-saturation of bands, not including myself of course [laughs]. Other than that, maybe the public perception about how the music industry actually works for the majority of artists. It’s often seen, these days, that you can’t make any money with albums and artists make their money touring so I think lots of people don’t bother with albums so much and think they’ll just support the band by seeing them live (not that I’m complaining about fans wanting to see live music, of course!). But for smaller bands that’s certainly not the case. Album sales, no matter how many, all help pay for that buy-on tour, tour bus, flights or any of the other ever-increasing costs that musicians face… And as a Brit, don’t get me started on brexit and that entire shitshow!

Senem: Haha, I hear you 🙂 Name some of your all-time favorite albums? Include controversial ones.

Rich: I won’t rattle off the usual suspects, but I would like to point people towards the absolutely fantastic Toy Matinee self-titled (and sadly only) album. If you don’t know it, do yourself a favour!

Senem: (Runs to Spotify) What’s the metal scene in the UK now?Rich: Well the entire state of live music is currently a little bit stuffed here. Pandemic aside, I think UK artists, especially young bands, are going to be pretty disadvantaged unless our government can do something to help alleviate the issues that surround touring and brexit.

Senem: What’s more important to you? Catering to the audience or music for its own sake? I think I know the answer (laughs)Rich: Yes,I think from the music we make, that’s pretty self-explanatory! [also laughs]

Senem: What is your weirdest memory in your music career?

Rich: Maybe not the weirdest, but one that springs to mind with Aeon Zen was the time we played the HRH Prog festival up north in the UK. It was a fantastic festival, no question there, but our slot was essentially at the very end of the day so we decided to call ourselves de facto headliners [laughs]. I’d heard from countless people before the festival and on the day too that they couldn’t wait to see our set. So that’s going to be amazing, we thought! Unfortunately, the stage we were set to play was in an old steel mill, up north, in April, so of course by the end of the night it was f***ing freezing!! Naturally, not too many people wanted to stick around and freeze their arses off to see us ponce around playing unnecessarily complicated music that we even struggled to play because our hands were so cold we could barely move our fingers! [laughs] So whilst it was a bit of a disappointment in those respects, we still had a fantastic time meeting friends old and new, seeing many other great bands, and hey, it’s a story, right!

Senem: I love me some “unnecessarily complicated music” :D.. Who would you like to collaborate with?
Rich: Watch this space, I have lots in the pipeline 😉

Senem: Oh you know how to tease Rich! Well Ok 🙂 If you had one message to your fans, what would it be?

Rich: Thank you for all your support to Aeon Zen over the years and we hope you will support us one last time in making Transversal a success! When one journey ends, another begins, we will be branching off into other projects and experiences but this is definitely not the end for any of us and we hope to see you all on these new journeys. Thank you.

Senem: Thanks as well Rich 🙂 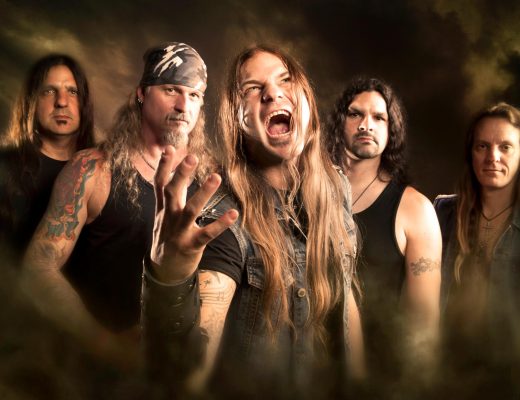 Interview with Thomas Youngblood of Kamelot