LOMM: Can you give a little biographical and historical info; who is involved in the band, and how did you guys meet up?
Lonnie: This is Lonnie, drummer for BL-9. Some of you who aren’t aware Kyle is my son and recently added two new members, J-May and Max big additions to the band! The down time has been a blessing in disguise, being able to write and rehearse more has been great.

LOMM: What first got you into music?
Maxwell Sorg:  My parents are really my first introduction to music.  My dad has this giant library of CD’s, and used to play me Sublime when I was a toddler, and use the CD skip to bleep out curse words.  I think my love of music really started when they showed me, “The Blues Brothers” when I was around ten or eleven.  That movie had the coolest line up of some of the greatest blues artists: Ray Charles, Aretha Franklin, John Lee Hooker, Cab Calloway, and of course, James Brown.  I think from that moment on, I was hooked, because it gave me the introduction into the world of music, and that led to exploration; finding artists like Muddy Waters, Sam Cooke, and Buddy Guy.  Then, later on getting into the more loud and aggressive like Zeppelin, AC/DC, and The Ramones.

LOMM: Name some your all-time favorite albums (even the controversial ones).
Maxwell Sorg:  In no particular order Top 10: “Shape of Punk to Come” by the Refused, “Fetch the Bolt Cutters” by Fiona Apple, “ I Against I” by the Bad Brains, “The Great Southern Trendkill” by Pantera, “Yeah Yeah Yeah Yeah” by Bikini Kill and Huggy Bear, “After the Party” by The Menzingers,” Run The Jewels 2” by Run the Jewels, “Pleasure to Meet You” by Dead Sara, “You Won’t Get What You Want” by Daughters, and finally “In the Aeroplane Over the Sea” by Neutral Milk Hotel.
Lonnie: Some of my all-time favorite albums, Van Halen’s 1st album, Kiss alive one, Sabbath Bloody Sabbath and Pantera’s Cowboys from Hell!!!!!

LOMM: Who would you like to go on tour with?
Maxwell Sorg:  Slipknot.
Kyle: Hell Yeah, Gojira, Ektomorf

LOMM: If you weren’t musicians, what would you be doing?
Kyle: I probably would have been a fighter, more so a Boxer.

LOMM: Who would you like to collaborate with?
Kyle: Chad Grey, Tech N9ne, Phil Anselmo. The list can go on!

LOMM: What is the weirdest gift you have ever received from a fan?
Kyle: The gift I received was more heartfelt and I love sharing it. We were playing this tribute show to Dimebag and Vinnie (R.I.P). There was this guy in the audience watching our set, after we got done playing he handed me a Razor like the dime would wear and he said ,”Dime would be proud”. That to me was awesome moment.

LOMM: How did the initial musical and thematic elements evolve?
Kyle: Trial and error. We would try anything that slid across the table and whatever stuck we used.

LOMM: What is the next step for you? How is the future looking?
Kyle: Bright…that’s all I am going to say.

LOMM: What is the most memorable gig that you have played to date?
Lonnie: A gig I won’t forget was when we opened for Quiet Riot, several months before Frankie passed. I’ve met Frankie before and have even been to his house. He was a kind soul, RIP brother! 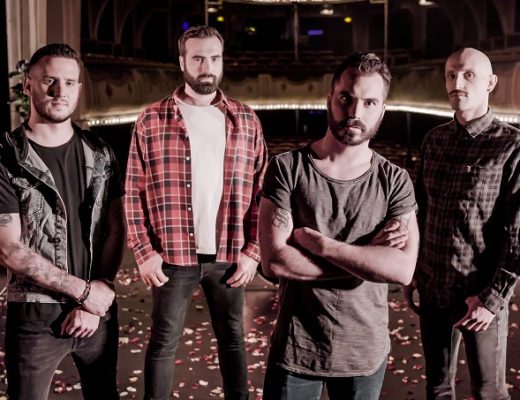 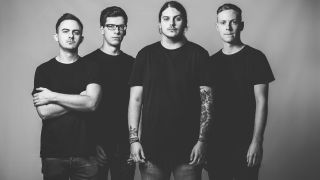