LOMM: Can you give a little biographical and historical info; who is involved in the band, and how did you guys meet up?

CANYON: OK! Dalton, Dave and I (Alex) met at Maton Guitars in Melbourne, Australia. We were all working in various areas of the business at that time but we became friends. After realizing we had similar interests in music we finally got together and had a jam in late 2016. The chemistry was so good musically and just in a friendship sense. We just wanted to keep jamming and seeing where things went with the sounds. We played when we could during 2017 and started to bring ideas we had of our own and turning those into song ideas. We then started to complete our ideas to write some songs with the intention of having enough to play a 45min set for gigs. I started bringing some of my 90% complete ideas in and we were also learning to write/ complete songs together.

LOMM: Pandemic has taken an emotional toll on everyone yet the arts have been hit especially hard. The musicians are vulnerable to financial upheaval. How have you guys have been holding up?

CANYON: We just mainly stayed employed, Aussie had a job keeper scheme which kept us going during the roughest lockdowns, just on a reduced wage. We weren’t allowed to leave the house for about 12 weeks last year!

LOMM: On the other hand you seem to have had a productive time. Is that right?

CANYON: Yeah, we have actually, we decided to use the lockdown to focus more on a few admin things like getting all the release stuff ready. 5 singles from  October 2020- May 2021, made a website, worked on our social media aspects, worked with an artist for all of our album art and started looking into merch ideas. We also met via zoom to chat once a week and we managed to start demos and writing for our next album. As well as the interviews and stuff while the releases are going on. It’s good to be productive though!

LOMM: Modern sounds are my thing ☺ How about you? What does your genre means to you, why did you choose this genre?
CANYON: I don’t know how modern we are perceived per se, but most people have been “loving the 90’s grunge/ metal vibe” thing that we do. It’s not really intentional to be honest, I think it’s the culmination of the 3 people and their influences. We don’t even know what genre we really are other than that we fall under the general Rock, Metal, Stoner banner. For us, quality of songs is more important than genre.

LOMM: How did the initial musical and thematic elements evolve?
CANYON: Alex writes most of the lyrics but usually these evolve from thematic things which we chat about while jamming on early versions of the tracks. We talk about how certain parts make us feel, remember or what they remind us of. We joke around a lot too and sometimes ideas come from that. We are all into all kinds of music, books and movies and pretty good and not having too many barriers between each other during the creative process. This helps us to float around a lot ideas safely before we land on something that we want to really dig into to.

LOMM: Are you happy with your product? I mean, what aspects of it do you think you guys nailed, and what parts do you think you could improve upon?
CANYON: We recorded at Home Brewed Studios in Melbourne. We met with Nic first to make sure we gelled right and he came out to our first show to hear our live vibe. We put a lot of time into our songs before going into the studio assuming we would be trying to get everything done as quick and cheap as possible. But once, we started seeing how much care and attention Nic was putting in with the drums and heard the first playback of the drum takes, we knew we had to dive in a bit deeper. It sounded so good and even though we were just recording our first EP we decided to make the best sounding songs we could at the time. Nic got us to think of it like we were recording to tape. We recorded everything as live as possible and there were no click tracks. It’s a pretty old school way to do it and was tough for Dave too. The drum takes are all one live take with no dropping in which meant he had to do them all quite a few times and it can be more pressure. Then we did as much as possible the same thing with guitar, bass and vocals. Trying our best to capture the live feel and really keep it as humans making music rather than leaning heavily on all the plug-ins etc which would have been a lot easier and all the other bands in our realm are doing these days.
As far as improvements go, we want to dive deeper into the guitar and vocal sounds on the next things and experiment there. Maybe just more layering and textures etc. We are all writing at least one song for the album and we will be using baritone guitar and alternative tuning as well. (Everything in Drop C# on the first EP)
Dave is keen to mix the next thing too which could be really fun!

LOMM: How has the overall reception been?
CANYON: Really positive actually! Everyone has been saying they like our stuff and we have received a decent amount of coverage and play around the world. We even have been on rotation on MMM’s Hard N Heavy show, the main rock radio station over here in Australia. The reviews have been kind and people seem to dig what were write about and like the little proggy bits we put in. The gig we played recently went really well too, we sold out the bar which was nice for everyone.

LOMM: Have you ever been on a tour? Given live performances? Is it tough for you not to be able to do so now?
CANYON: No tours as yet, hopefully something will happen in the future. It’s all still a bit up in the air as far as travel goes here. Mostly, we can’t leave our state or even travel to New Zealand. We will have to wait for now…

LOMM: What do you see for your future? How is it looking?
CANYON: We want to focus on releasing our next 2 singles from the EP we have 1 coming out mid-March and the EP release date is 21.5.21 so that is our main focus. After that we are working on material for the next album and trying to figure out how to go about recording that. Maybe we should get some merch and stuff going too, people keep asking us for tshirts, hehe.

LOMM: That’s only a week before my bday, so I’ll consider it a gift J
Could you tell us about the lyrics / themes /concepts you focus on or plan to focus on? How did the ideas come about, and how do they influence the writing process? Who is writing the lyrics?
CANYON: At the moment Alex writes all of the lyrics. Usually inspired by an idea that comes about because of the way the music or sounds make him feel. Sometimes we will chat about this all together and then the lyrics are inspired by those discussions. Theme/concept-wise the writing is currently centered around the idea that many of us are feeling stuck and stifled by the way that we are living or forced to live within modern society. Add to this the non-stop fast paced technologic whirlwind of progress we have created and how it is affecting us all internally as sensitive beings. We also explore some more human feelings and situations like grief and loss/ loneliness/ isolation/ jealousy/ greed/ addictions/ escapism as well. There is a lot out there to be inspired by right?

LOMM: Which is more exciting? Being on the road or studio?
CANYON: Well we can’t really speak much for being out on the road at the moment! We literally had another 5 day (possibly longer) lockdown announced while doing this interview!
We absolutely love working in the studio though, that is such a cool creative time.

LOMM: Who is composing the songs?
CANYON: We all work them over together even if someone brings in a 90% completed idea we will still pull it apart as a group. Add bits, take away bits, rework structures, accommodate for lyrical ideas and stuff like that. We are working really hard on our songwriting, it’s very important to us.

LOMM: What bands do you draw your inspiration from?
CANYON: A Perfect Circle, COG, Shihad, Rage Against The Machine, The Ocean Collective, Karnivool, Mastodon, Porcupine Tree, TOOL, Alice in Chains, Kyuss, System of A Down, Metallica, Incubus, Leprous, Muse, Soundgarden, RHCP, Tesseract, Pantera, Meshuggah, The Butterfly Effect, Baroness, Steven Wilson, Haken, Graveyard, Opeth, The Mars Volta, Fat Freddy’s Drop, Pendulum, Shapeshifter, Pink Floyd, Sabbath, Tonnes more too! As we listen to a lot of different stuff and share all of our interests.

LOMM: When you look back your music career, what do you consider to be your greatest accomplishment?
CANYON: Well, we are really proud of the work we put into the songs and recording of our EP, but hopefully that isn’t the only thing we ever get done! Haha

LOMM: Anything else you think your fans should know?

CANYON: Thanks so much for listening to our music!!! We have 2 more singles from our EP coming out: one in mid march 2021 and the EP release is 21.5.21. We also hope to be releasing an animated video for the title track “STATIC” at this time as well. Come say hi on our social media pages, we are really friendly ☺

LOMM: You definitely seem so J Thanks for taking the time. 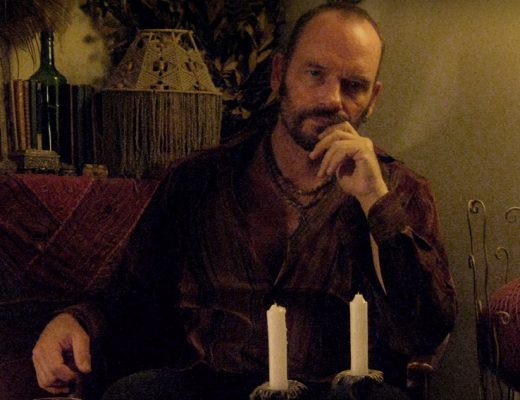