Matt: 2014 was a great year for Divided Multitude performing at ProgPower USA in Atlanta. I know you had an issue with your drummer Anders not being able to make the trip, but you guys made it work with help from Frank from Withem and Stian from Pagan’s Mind. How was it for you playing your first gig in the U.S.?

Christer: Overall it was really, really amazing.
I went from a disaster, with Andi stuck in Norway, to something really cool with Frank and Stian helping us out. We are so greatful to them, and without their help we would have been lost. They are extremely talented, and it was an honor to play with’em .
Still, we were really sad that Andi couldn’t make it, since we had to re-arrange the set list, and we had a couple of songs missing out, that we really would have loved to performed at ProgPower USA.But it turned out great, and we are happy we came down on our feet.

Matt: What were your overall impressions of ProgPower USA? Any memorable moments you can share?

Christer: ProgPower USA is a very well-arranged festival, and it’s got it’s own family-feel to it. A really special festival to be a part of. I loved it, and we definitely want to come back.
It was so cool the way fans and bands and fans were hanging out at the Artmore, just like a big family.
And the hospitality of the fans, Glenn and his crew and other bands……just amazing. We had the best of times !!!!

Matt: Michael Eriksen of Circus Maximus joined you on stage for a cover of the Deep Purple classic “Perfect Strangers” which went over very well with the crowd. How did that collaboration come about? Was that planned or a last minute addition to the set?

Christer: He, he, he…..I can tell you that it was arranged the night before we played. Since we had so short time to rehearse new drummers, we agreed on doing a cover, and we chose “Perfect Strangers”, since both we in Divided Multitude, and Stian had played it so many times.
So we we’re talking about it in at the Artmore Hotel, and Mike told us that he just had performed a cover of it this summer, so later that night we came up with the idea of Michael doing one of the verses on it.
He can backstage half an hour before the show, and Sindre had to write down some lyrics for him. Then Michael rehearsed the harmony-vocals with Eskild in 1minute, and then: “game on”.
It was a really cool song to play, and the feedback from the crowd was amazing.

Matt: ProgPower USA promoter Glenn Harveston named your album Feed On Your Misery as his top album of 2013. How did it feel to get that kind of recognition and did you feel any pressure to bring your best performance to Atlanta?

Christer: Oh, yeah………that came as a really big surprise for us, for sure. And we are so greatful for the feedback Glenn has been giving us, and giving us a chance to play Progpower USA.
And to get that kind of recognition from Glenn, means a lot for us.
If it brought some extra pressure, I don’t know. To play ProgPower USA gives you the urge and desire to perform the best you can. And with the situation with new drummers, we were really focused.

Matt: You recently announced that your other band Teodor Tuff was changing it’s name to CrossNail and previewed some new music including a guest appearance from Elize Ryd from Amaranthe. Why the decision to change the band name at this point and how did Elize become involved on the album?

Christer: The decision to change name, came from feedback we got from distributors, that it seemed like some people didin’t check out the music since the bands-name was kinda awkward…..hehehe. So we had to change it for something easier and more accessible, and a name that could be considered a metal-band’s name.
Elize was involved in May I think. I wrote this song, that is a duet, with a male and a female singer, and I needed a female singer with a wide range, tenderness and power. And I’ve met Elize a couple of times, since we’ve played the same festivals and stuff. And when we opened for Kamelot in June, Elize was their female singer that night, so we just talked it over then, and she recorded it in August. And I must say, she is the best. An amazing singer, and a really cool girl.

Matt:Has Divided Multitude started writing for a new album? If so, when do you plan on releasing new music?

Christer: Yes, we have started to record demos, and I hope we have half the album written and demos recorded before next year.
Since we’re celebrating a 20 years anniversary as a band next year, we have to release the album next year. I believe it will be out in October/ November.
We’ve been talking about releasing a single before the summer, but we’ll see what happens.
From the demos and riffs in the making, it seems to be an album in the “Feed On Your Misery”-direction.

Matt: I know the band has a busy schedule coming up in 2015 with several festival dates announced. Any plans for an extensive tour or is that on hold until the release of new music?

Christer: For a tour we will wait till we have new music released, but we have booked festivals for next year, and we look forward to a summer with some really cool festival-gigs.
We will spend some time writing and recording the new album, and me and Rayner will also record the rest of the Crossnail-album next year, so it will be a busy year…….in a good way 🙂

Matt: Thank you for taking the time to do this interview. In closing is there anything you would like to say to your fans around the world?

Christer: I just want to thank everybody for checking out Divided Multitude, and a big thanks to everybody coming out to see us live. Please do check out the new album coming next year. It will a be a heavy f**ker !!!!! (Pardon my French) 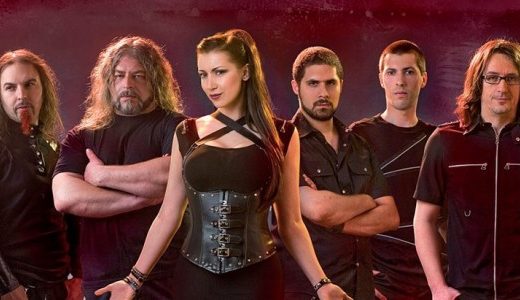 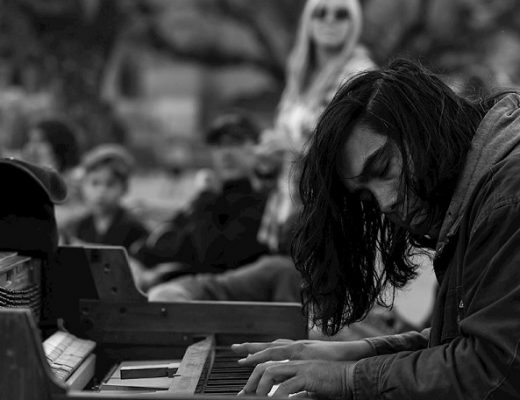