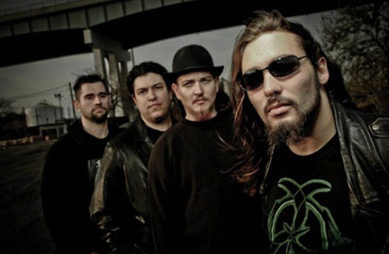 Foreshadow began in January 2008. It was started with me and our former drummer. We were in a band together, and wanted to move in a different direction. So we started Foreshadow. Over time, like most bands, we have had some line-up changes. Daniel McConaghy came in as our vocalist in 2011, his music experience is performing in his High School Orchestra. Chris Billingsly became our bassist in August 2012. He came to us from another band in the Tampa, FL metal scene. Jon McDonald is our newest drummer. He has a vast amount experience. He was the drum tech for former Morbid Angel drummer Pete Sandoval. He has played in many awesome bands as well.

We call ourselves just a metal band. We don’t feel our sound fits in any known subgenre. We are fans of power metal, as much as we are fans of black and death metal. We don’t limit ourselves to one thing. The genre of metal to me means independence from the conformity of general society. In metal you can follow your own path free of judgment among your peers.

I always say, we didn’t choose the genre, or our sound. The sound chose us. It is just what I hear in my head when I can’t sleep at night. If the blues is what I hear, I would be in a blues band.

Evolution of the initial musical and thematic elements:

Our sound in the beginning had more of a nu-metal/hardcore element. In the six years we have been a band we have added more melody mixed with thrash, death, and black metal riffs. Lyrically we have grown from politics to something more evolved that speaks to people on a personal level.

Ideas about the album:

Yes, I am very happy with it currently. I feel our songwriting has evolved 200% over the years. We have nailed our ability to work with each other in a very creative way without much tension. We aren’t going for a specific subgenre sound. With what we are trying to accomplish musically, it will be an ever changing process that can always be improved upon.

Really positive! Like any band, some places are more receptive than others. We are meeting and gaining new fans all the time.

Next step; live or studio:

We have toured the last two years. We toured in 2012 in South American, and spend all of 2013 touring the US. Currently, we are working on a new album. We hope to have it out sometime next year.

To continue writing, recording, and touring. They’re some positive things in the future. We just got nominated for the Best Metal Group and Best Metal Song at the IMEA Awards. We are excited for the ceremony on October 4th.

Dan our vocalist writes all the lyrics. “The Meaning of Life” is a song about the struggles of working people go through in their daily lives. “Death By Medicine” is a more morbid interpretation of “Romeo & Juliet.” On our upcoming album, the lyrics with be taking a mythological theme.

Being on the road for me is the most exciting. Being able to interact and meet people from all over the world is the best feeling in the world.

I am the dominate composer, but we collaborate on everything. Dan writes all the lyrics.

For me it is Iron Maiden, Slayer, and Dark Tranquility. Korn is a big influence on Chris’s bass style. Also Metallica, Pantera, and Morbid Angel are bands we look to as well.

Preference; cater to the audience or music for its own sake:

Currently, I would have to say our South American tour in 2012. The crowds were energetic and gave us such a great vibe. Everywhere we played we were welcomed with open arms. 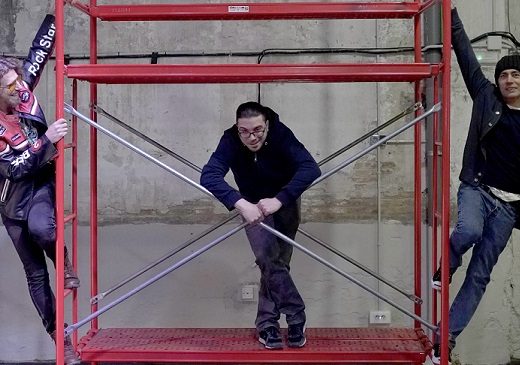 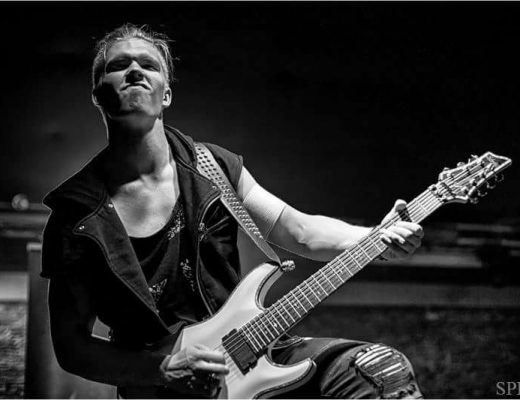