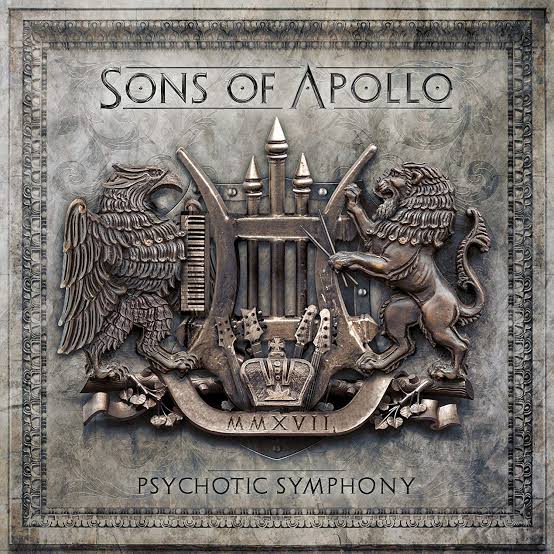 My main goal in writing this review for the debut album from Sons of Apollo, will be to avoid the usual phrases such as “super-group” or focus on the individual achievements of band members Mike Portnoy, Derek Sherinian, Jeff Scott Soto, Billy Sheehan, and Ron “Bumblefoot” Thal. If you are a fan of prog or heavy music in general, then you are already quite familiar with the resumes of each of these incredible musicians.

Beginning with the Middle-Eastern themed God of The Sun, the song is an impressive mix of Dream Theater style prog and Led Zeppelin-esque classic rock. Soto’s vocals are hard edged yet melodic and fit the music perfectly. Coming Home is as close to a hit single as you can get, especially with the musicianship and technicality involved. It is here that Soto’s vocals are most effective with his rock and roll delivery. Bumblefoot’s guitar style adds a refreshing classic rock twist to the usual prog wankery. Signs Of The Time has a massive down tuned guitar riff that recalls the 90’s “Nu-Metal” movement (the working title of the song during recording was “Korntera” of that gives you any indication), but the down tuned guitar are the only thing resembling Nu-Metal, as the chorus is a soaring masterpiece thanks to Jeff Scott Soto’s amazig vocals and layered harmonies and an incredible guitar solo section from Thal.

Labyrinth clocks in at almost nine minutes and Jeff Scott Soto’s vocals are the true highlight here using his melodic tone perfectly. The song turns into a showcase for the individual players as bassist Sheehan, guitarist Thal, and keyboardist Sherinian each get their moment to shine with their own solo sections. At one point, the vocal melody is reminiscent of classic Dream Theater, while never an intentional copy.

Alive has a killer melody and Soto’s golden pipes are chill-inducing, at times reminiscent of classic Journey. Thal’s guitar playing goes from a massive wall of riffs to some of the best soulful and bluesy guitar solos you will ever find in the prog genre. Lost In Oblivion is without a doubt the crown jewel of progressive metal on Psychotic Symphony with chugging guitars, Portnoy’s incredible footwork and time keeping along with Sheehan’s monster bass playing. Portnoy and Sheehan are certainly no strangers to each other and together form one of the most formidable rhythm sections in progressive music.

After the short keyboard heavy intro track Figaro’s Whore, the band launches into the Deep Purple inspired Divine Addiction. The keyboards by Sherinian show a homage to the classic rock of Purple’s Perfect Strangers. Soto’s vocals blend perfectly with this style and give the song a massive kick in the ass.

The albums final track is the appropriately titled instrumental Opus Maximus. Everything about this song screams progressive metal with sublime musicianship and chops. Clocking in at over ten minutes in length, this song throws in everything you could imagine with epic melodic keyboard passages, gorgeous guitar solos, manic shredding, dizzying dueling guitar and bass, all held together by Portnoy’s tight drum work. Fans of classic Dream Theater and Planet X instrumentals will be impressed with the chops on display here. It may be a curious way to close the album by having an immense talent like Jeff Scott Soto riding the bench here but this is progressive metal we’re talking about. It’s all about instrumental excess and wankery. If I were to give any critiques, it would be that Jeff Scott Soto ist given enough to do on Psychotic Symphony, which is what prevents me from giving it a perfect score. As a fan of Soto’s vocals since his stint with Yngwie Malmsteen, I know the brilliance of what this man is capable of. Perhaps this issue will be rectified on Sons of Apollo’s sophomore release, but as a debut album, Psychotic Symphony will appeal greatly to progressive metal fans with its unique blend of prog and classic rock. I guess the best thing I can say is that this feels like a band and not just another “all-star” project, so in that regard, Sons of Apollo has succeeded in that respect!

One Machine – The Distortion Of Lies And The Overdriven Truth 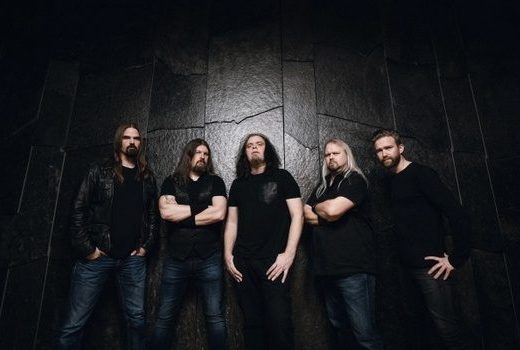 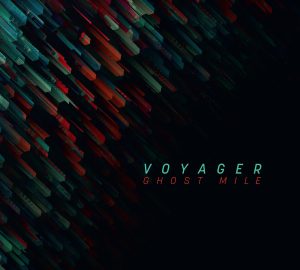