Ancst – Ghosts of the Timeless Void

It is no news that black metal is one the most varied subgenres of metal. Since the beginning in the ‘80s, many bands have incorporated influences from other genres to give shape and to further improve the style. While bands that maintain the core of the sound are needed, bands that see beyond the dark scope of the genre are fundamental for the sake of the music in general and the sub genre in particular. Taking Mayhem as the mirror in which black metal sees itself not many are the bands that still today follow the same left hand path: from the symphonic mastery of Dimmu Borgir, the theatrical gothic tale-telling of Cradle of Filth, the complexity of Emperor, the progressiveness of Enslaved, and the crust punk heaviness of Darkthrone, we can see that not only the music has changed, but also the lyrical approach in which these fundamental bands have improved the style in order to follow their unique musical vision. As Ihsahn said “the whole point of doing black metal was to break with what was established in music so it was only matter of time for us to change from the now established sound of what black metal should be.”

The band that is under my microscope today is Ancst with their latest album Ghosts of the Timeless Void. These German black metallers  incorporate the sound, social commitment, commentary ,and critique of the capitalist society that hardcore has provided since its beginning. While it is fundamentally black metal, vocals are a mix between metal growls and hardcore throat vocals that add an intense feeling. Vocalist Tom Schmidt alone is in charge of the vocals since last year’s departure of the other vocalist Torsten. Guitarists Mirko Eidam and Robert Ott deliver a massive onslaught of black metal riffs that combined with Stefan Pannwitz’s bass sound and Mihai Puscasu’s, the first human drummer of the band, non stopping attack of ferocious blast beats create a sound that induces a sense of epicness in its speed and melody, reminding me of songs like Tormentor of Christian Souls by Dimmu Borgir, Ruins by Shade Empire, or Xenoflux by Ne Obliviscaris. Although most songs are blast beat-oriented, some of them have a hardcore drum beat or a mid-paced heavy metal riff that provides variety and heaviness when needed.

The album starts with the track Dying Embers, which begins with a low fi sounding guitar strumming functioning as an intro for the song and album. The hi hat marks the pace the blast beats enter along with Tom’s intense vocals. Fury and epicness in all its glory give us quick foreshadowing of what’s to come: non-stopping blast beats, super fast black metal chord strumming, leg ripping double bass drum, and angry vocals. After the ending of the blast beat the double bass kick continues while the snare beat slows down, all this while the guitars spit out melodic fast riffs. Drums stop for a brief moment in which the guitars continue sounding in the back while Tom speaks a few words in a clean voice until the full band once again begin to unleash the fury. This style continues until the song ends.

The second track of the album is called Shackles of Decency and it starts with a melodic riff as the drums carry on with a mid-paced rhythm. Tom’s relentless throat starts screaming accusations against society right at once above the simple riff from the beginning before a sudden cut and boom!, let the blast beats begin. Same as the first track:  riffs, drums and vocals in consonance with equal share of melody and strength.

Concrete veins, the third track, offers the first variation regarding riffs and sound as a more hardcore-oriented drum beat and guitar riff takes over the beginning of the song and some moments in the middle of it. The times when there is not a hardcore beat we go back to the old blast beat or common beat with the double bass drum. All of this is repeated in the fourth track Revelation of deformity: a small excerpt from Jessica Alba‘s performance as Nancy Callahan in the movie Sin City (This rotten town, it soils everybody) acts as a short, calm intro before the full on melodic black metal mode takes over the song and the usual breakdowns, build ups start appearing again.

Hope arises with the fifth track Unmasking the imposters.  Here we stand before the best track of the album, the initial riff contains one of the most valuable features of metal in general: simple, super heavy riffs that only present difficulty for the right wrist (if you are right handed) because of the intense down picking. This riff reminds of Core solution’s main riff ,a song from Samoth’s old  band Zyklon,  but less intricate. Now, this is a variation from what we have already listened to in the album so far and a very good one: never, NEVER underestimate the power of a headbanging riff. The track continues with an increase in the speed of the drum beat while the melodic black metal guitar riffs start to appear going back to the initial riff only for a moment because suddenly the blast beats make their appearance, setting the foundation for an awesome guitar riff with a more evil sound than the melodic riffs from the previous songs. In fact, it sounds again like a Zyklon song but, of course, less intricate. Short, simple and very effective the song ends having left us with a renewed eagerness to listen to the rest of the album given that certain monotony had begun to be felt as the first four songs passed by.

All hope is lost when the next track, Of Gallows and Pyres, start once more with the “meloblack” riffs, etc etc etc. Allow me to clarify that this is not boring at all, nor this is a bad album, but certain strength and surprise that we could find at the beginning of the record is now somewhat lost in the repetitive elements of the songs. Same thing happens with following track, Quicksand, that starts with a mid-paced headbanging riff but quickly segues into the hardcore beat, and the black metal features once again break in. In addition, Tom’s intense vocals throughout the album don’t seem to have a variation that could help break the monotony.

The eighth track, Republic of Hatred, in its three minutes does offer a variation of rhythms and beats, starting this time with a small excerpt from Rebecca Ferguson‘s performance as Miranda North in the sci-fi movie Life (I know what I feel is not rational, not scientific. I feel hate. I feel pure fucking hate) before a mid-paced riff makes its entrance lasting for a third of the song until, guess what?…. yes, once again, the whole “package” appears. A final variation appears at the end of the song when a heavy chugging riff fades until the end of the song.

Dysrhythmia is surely a surprise because the sound and the format of the song is unique for this album. Clean guitars deliver a calm and melodic foundation for Tom to start screaming the final statement of the humanity as it contemplates its downfall. Drums appear later on but never do they go back to the same old black/melodeath formula; they just add, along the distorted sounding guitars, strength to a moment of the song but quickly they disappear giving place to the clean guitars until the end. If you, by chance, missed the blast beats and everything, here we have again the fast paced drums and guitars for the final two songs, Sanctity and Self Portrait.

While I thoroughly enjoyed listening to this album, I couldn’t help losing the excitement that the first 5 songs gave me. It gets a little bit repetitive in the structure of the songs, and the sound of the different riffs, the vocals, however fury and anger they show, also end up feeling monotonous. Nevertheless,  the album is definitely more YES than a NO, showing strong points like the fast melodic riffs, the relentless blast beats, the furious vocals, and the heavy mid-paced riffs. They are currently on tour promoting this album and their most recent split with the guys from Depravation. Check them out live if you can because they seem to have a tremendous energy on stage.

If you like what you read and what you hear, then buy their stuff (beautiful vinyls are on for sale of this album), buy their merch, go see them live, support them in any way you can.

Failed musician, amateur bass and guitar player; Kinslayer has been in love with music since he was a wee lad. His introduction to metal occurred in the early nineties with albums such as Angra's Angels Cry and Sepultura's Chaos A.D. and quickly started to get inmerse in the deep waters of metal. While currently enjoying almost, literally almost, every sub genre of metal, his soft spots are prog, power , and symphonic metal. He has joined the fine ranks of Lady Obscure Music Magazine since February 2018 with the review for Tesseract's Polaris. Editor and reviewer, Kinslayer strives only for the pleasure of the reader and the excellence of the magazine. 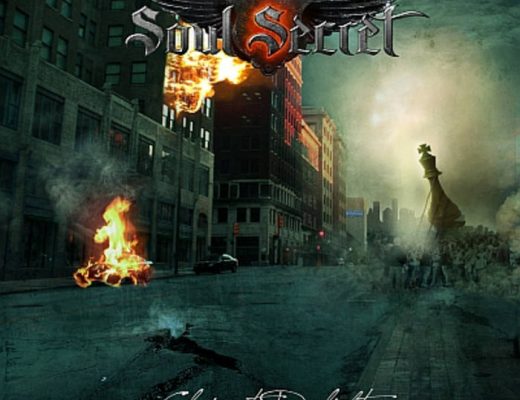 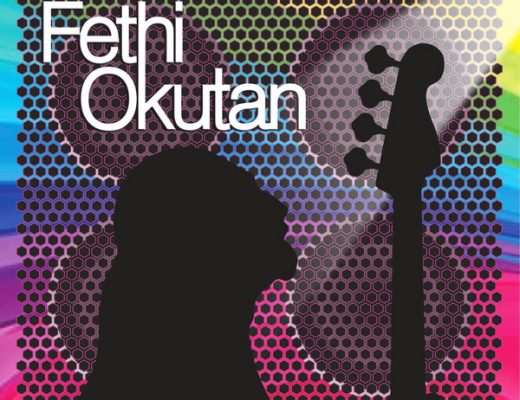 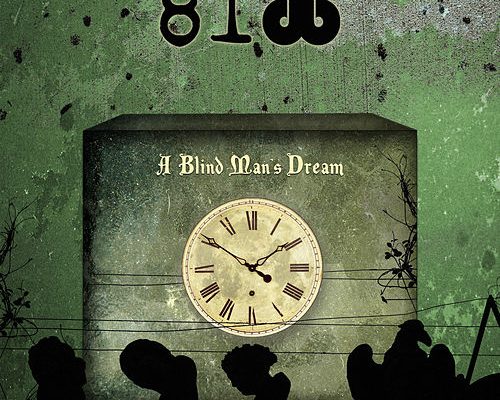