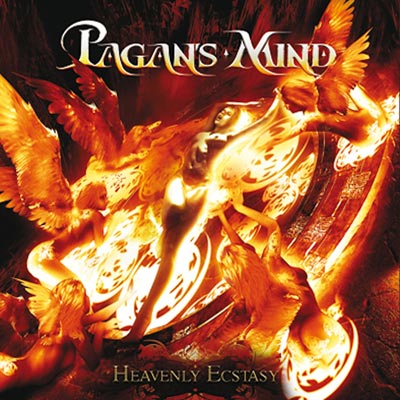 The early half of 2011 has brought light to some fairly disappointing albums by bands I once held in a much higher regard. Groups which once really impressed me with their thoughtful music now seem to be dumbing the music down, be it the Decemberist’s latest folk-rock travesty ‘The King Is Dead’, or- in the case of metal- Evergrey’s ‘Glorious Collision’. Norway’s premier melodic progressive metal act Pagan’s Mind has never been one to really push the envelope, but I’ve always found that they were able to couple their melodic intent with excellent songwriting and some unpredictable, exciting segments. ‘Heavenly Ecstasy’ may seem on first glance like the band trying to push their sound; the bright red cover automatically sets it aside from the traditionally blue album art of their past. However, while Pagan’s Mind is still no pushover when it comes to strong melodic metal, the music here shows their music being simplified and streamlined to the point where the album feels as if it adds very little, if anything to the band’s canon, despite keeping their playing chops intact.

Even from the first listen to each song from ‘Heavenly Ecstasy’, it is very much a case of deja-vu. Although it has been a four year interval between this and the previous album ‘God’s Equation’, there is no impression that the band has taken that time to cultivate their sound into something more distinctive. If anything, Pagan’s Mind has seen fit to make their sound more heavily driven by melody over any other aspect of the music. Although ‘God’s Equation’ still felt like the instruments played a very important role throughout the music despite the highly melodic direction of the music, ‘Heavenly Ecstasy’ does often feel as if the riffs are far too derivative from everything the band has done in the past. This is all the more disappointing in Pagan’s Mind’s case, due to the fact that even here, they prove themselves to be incredibly good musicians. In most of the tracks here, Lofstad enjoys some ample time to dish out a guitar solo or two, which tends to go down a beautifully melodic road. For much of the rest of the time though, the songs are kept generally straightforward, depending greatly on the vocal delivery of singer Nils K. Rue, who performs admirably here, but- like much of ‘Heavenly Ecstasy’- he seems to be pulling out old tricks his typically powerful vocal melodies have been riding on for years, and making little effort to give them a new, relevant touch-up.

What Pagan’s Mind may lack here in innovation though, they do make it clear from the start that they are very good at what they do. Although almost every song here goes down a similar route in terms of emotional approach and sound, the melodies are some of the best you’re going to hear out of 2011’s power metal output. Thanks in no small part due to Rue’s powerful voice, the music maintains a great feeling to it, although it does feel often as if Pagan’s Mind has finally reached the point where their music begins to lose its current relevance. 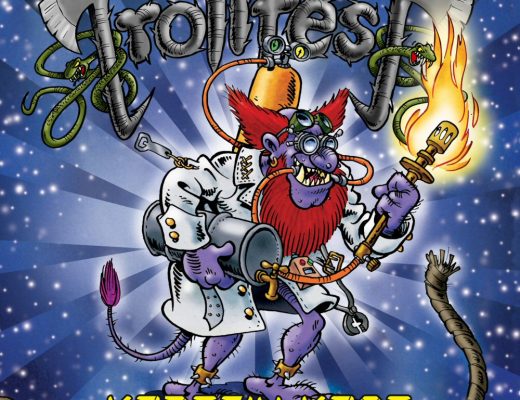