The Anatomy of Frank

Bio: The Anatomy of Frank, hailing from Charlottesville, Virginia, will record an album on every continent on earth.  Their debut album, Pangaea, is the prequel to this saga, and has already landed them tours across North America, Iceland, Britain, and mainland Europe.

Their concerts are laden with more suspense than a Hitchcock film, with long build-ups followed by silence that does not relieve itself until the grand finale.

We were all in college at the University of Virginia.  By my fourth year of college I had basically decided that I wanted to do music, so I set about searching for people.  It took about a year to find them: I met Jimmy in a record store (he was a poetry major), Erik and I had a class together (he studied Russian and music), Chris was on craigslist (he was teaching the university drumline at the time), and Jonas was found while I was touring Europe (he was a sociology major).

“These guys are a must see. Dynamic, sincere, entertaining, captivating, and upbeat. I’ll just come out and say it, they were my favourite.” – Dance or Die

Genre: We’ve come to call our genre post-pop.  It seems to be a direct combination of pop and post-rock, meaning that we always favor memorable melodies, but enjoy the cinematic and dramatic qualities of post-rock.

Evolution of the initial musical and thematic elements: We started out by learning each song very, very slowly.  The song Dirge (for Matt) took many months, as did many of the other songs on the album.  The main process of discovering our musical identity was in recording the album Pangaea with our producer, Lance Brenner.  He helped us, both directly and indirectly, by guiding us towards making sure every element in the song needed to be there.

Ideas about the album: I try to live without regrets. I think, for it being our first album in a scene where most first albums are self-recorded and lo-fi, we did a great job.  We worked on it for three years, and it really paid off in the end.  On the other hand, there are a lot of things I want to do better in the next album.  We’ll definitely have a more cohesive sound song-to-song, the mix will be tighter, and the songwriting has taken a step up because we understand ourselves better.  But I’m proud of what we’ve done.

Reception: Reception has been overwhelmingly positive.  We really haven’t seen or heard much negativity at all, which has really given us a boost of confidence.  This album would be very important to us regardless of what people said, but knowing that it’s important to other people as well really gives us a warm fuzzy feeling.

Preference; live or studio: Both have their own unique sets of perks.  The road is inspiring because you never know what’s going to happen next.  Will you be sleeping in a van that night or in a house?  Will you get any money from the gig?  The studio is exciting because you are creating something immortal and eternal.  When you stumble upon something good, you get very excited about it.  Really though, I see recording as a prelude to going on tour…performing is our main love.

Next step; live or studio: We are currently wrapping up a 2-month tour of the US, and are going to work hard on writing and recording in the next few months before we head over to Europe in the Fall.  We’ll be creating an acoustic show for Europe, so that’s another fun challenge we’re undertaking.

Future plans: Our plan is to record an album on every continent, and we’re getting more and more charged by the idea.  I would like to be able to sustainably live off of music, regardless of whether that leads to extravagance or modest living.  I’m fine with either.

Composers: I like to say that we are all composing them.  I do most of the primary songwriting, and Erik (the guitarist) writes some other songs.  But without all 5 of us, the songs would sound very different.

Lyrics and themes: I’m influenced (in a songwriting sense) mainly by people and places.  I don’t know anything beyond that.  I get very nostalgic and homesick for places at nighttime, for some reason.  The other night I couldn’t sleep because I just wanted to be in Iceland.  It’s weird, but things like that are what drive me creatively.

Preference; cater to the audience or music for its own sake: Well it has to be music for its own sake, doesn’t it?  If you are concerned with making the best music you can make, then you’ll duly be concerned with expressing it in the most captivating way possible.  That means that you’ll be trying to create the best live experience you’re capable of.  Then the audience is happy too.

Greatest Accomplishment: Not quitting when the business repeatedly slaps you down.  This is one of the hardest jobs anyone could undertake.  People work this hard for $100,000 a year and complain about it, but musicians are working hard for basically nothing.  Our daily stipend is $10/person, and we’re driving thousands of miles, hauling heavy equipment, sprinting on stage for hours, and then tearing it down and finding somewhere to sleep.  This isn’t a complaint, though; we get to do exactly what we want and change people’s lives.  But it truly is about chasing a dream.

Anything else? We are going to continue being a band no matter what.  We won’t disappear, disband, or disappoint.  Our source of income is our music, so please go and dive into it at our Bandcamp. This is what allows us to put forth quality product.  We have plans in our future that go beyond what you have seen from most bands, and we hope you’ll be there with us to experience it.

More about them? Visit their official site!

THE ANATOMY OF FRANK
0 Comments
By Lady Obscure 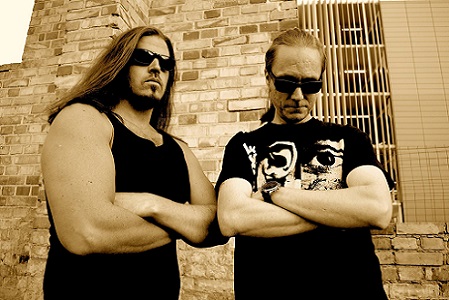 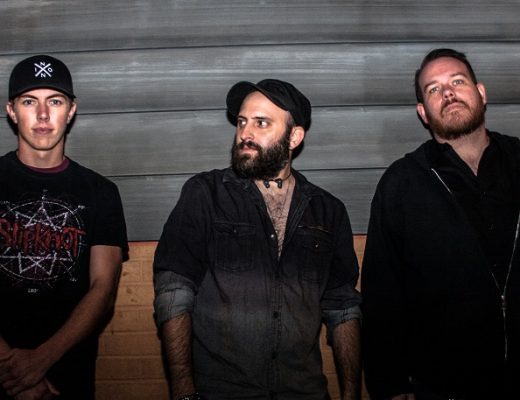