Once upon a time I read a tale about a mirror, manufactured by the devil himself. When eventually this mirror shattered, it fell in earth in the form of microscopic pieces, and it is said that if one of these pieces gets into one of your eyes , you would see only the bad side of things, and would find everything ugly and pointless. Well, I got me a piece of that mirror a few weeks ago, I felt it getting into my right eye, and believe me; there was nothing that could get me out of my bad mood. Nothing, until this album, Tales, by Tears of Martyr, crossed right in front of my eyes by chance. This album has achieved to conquer my heart and my ears even over my bad mood, thanks to its detailed compositions, proper emotivity, clever musical creativity, and above all to its special mysticism, as compelling and attractive as darkness itself.

Tears Of Martyr is a gothic metal band, originally from the Canary Islands, which later moved its base of operations to Madrid, Spain. The band consists on the soprano Berenice Musa, singer and guitarist Miguel Angel Marques, bassist Adrian Miranda and drummer Doramas Parraga who is also the lyricist this time around. The first album of the band called Entrance, was released in 2009, album that allowed them to gain some international media attention and gave them the opportunity to open for bands like Draconian, Dark Moor, and Epica. This year the band gave birth to Tales, their second studio album, recorded at New Sin Studios in Italy and which is produced by Dark Moor’s guitarist, Enrik Garcia, who I must say, has done an impeccable job.

I shall not hide from you, my friends, the suspicion that comes over me seeing a new gothic metal band leaning out scene, and even being a fan of the genre, I know that in these lands is very easy to instantly become “just another female fronted band “. That’s why I have to take precautions when dealing with a new journey and opening my heart to a new band or album. Tales has pleasantly surprised me, because it is an entertaining album, highly flavored with other subgenres such as power and symphonic metal, and making of the contrast of male and female vocals its strong point. In Tales, the atmospheres change with each song while the symphonic aspect is almost always gloriously bombastic. The guitars in general are torn between doomy riffs and some power metal vibe, nothing is what it seems though, everything is a brilliant machination of the masterminds trying to amalgamate styles and influences, the vocals seem to be the main hook to win the listener’s heart, the bass is quite heavier than usual on several songs, and the Nightwish influence is strong on keyboards and drums. Let’s make this clear now, although the bloody influence of Tuomas Holopainen and his legendary mates is palpable, we must not crucify the band for this, after all it is hard to do gothic metal without sounding like Nightwish, as it is hard to do progressive metal and not sound like Dream Theater… just saying…

So let’s put aside the obvious comparisons and similarities, because let’s face it, neither you nor I care about that when we sing along a song we love. There isn’t any line or traced path here, but rather several variants that make their own way. The album seems to develop itself through different stages and mood swings of its performers. Opening with The Scent, which after an atmospheric intro immerses us in its intensity and explodes like power metal bomb, fast and intense and also the voice of Berenice sounds lighter, showing her versatility right from the start, Golem takes her lyrical style to the next level, a song that makes clear the contrast of voices between her and some powerful growls, using more accessible melodies and a catchy chorus. Mermaid And The Loneliness is a kind of doomy semi-ballad, mixing a dark atmosphere with intense and raw riffs, that end up (thanks to the magnificent performance and versatility of the female singer and some spoken male vocals), charging the song with a very special nostalgic vibe, and making of this my personal favorite on the album. The next song, Vampire Of The Sunset Street, I think it’s one of the best ways to sum up the musical concept of Tears of Martyr, the symphonic side is properly dosed and the song per se is dynamic and is built over a swing of feelings , from tenderness to rage and pain, without losing the elegance of its genre. At this point, excuse me if I feel a little surprised, because although the album itself is a musical and emotional rollercoaster, the next song, Ancient Pine Awaits, is far away from everything I had heard before here, as it brings a pleasant and tasty acoustic guitar melody and a sort of folk vibe incarnated in some beautiful vocal harmonies. A proper interlude, more than necessary, for this album full of twists and turns.

Lost Boys is a solid, dark track, surprising with a remarkable bass line, this is maybe the song that leaves more evidence of the Nightwish influence, obvious on the keyboards and heavy drum work. Sadness covers everything with its black robe when A Fallen Hero lashes out over our ears like a heartfelt emotion. One of those songs that grab your heart and hold it tight till the end, passing through a great guitar solo and a great balance of power and fragility. Then, Of A Raven Born, is certainly one of the highlights of the album and musically one of the most sturdy compositions, thanks to overly crashing out over and over again with a feeling of despair and agony, somehow disturbing. Wolves And A Witch returns with the folk vibe showing a little bit more of that mystical magic to eventually give way to an instrumental outro made of piano and violin melodies, which finally catch the listener and closes as well an outstanding album, musically, lyrically and emotionally satisfactory.

If there is one thing I am sure of is that Tales is a beautiful and ambitious work, and has been able to make me shed several tears along the journey (don’t mind me, I’m a crybaby sometimes), and has pulled that piece of demoniac mirror out of my eye. Tales has no gaps or boring moments. Ideal for fans of Nightwish, Therion, Epica or Tristania, who are tired of listening old albums, longing for a past that will not come back. Tales can pleasantly refresh your mind and soul, and allow you to love, once again, gothic metal and its true essence.

Singer / composer / lyricist / writer / storyteller / kittens hipnotist. I've been a metalhead for the last 15 years. I'm just starting as a musician, but more than that I'm a fan, I don't have boundaries with music, I'm very eclectic. My passion is out of control, I can spend entire nights listening to music and though I have my favorites (fangirl level = GOD), I will always have open ears and heart to listen new music and to fall in love with it. 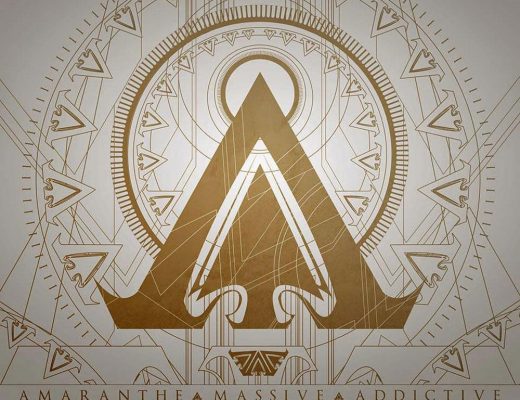