Bio: Fear Theories was formed in the fall of 2010. Since then the band has created a traditional sound with a modern twist. The band plays hard and loud with catchy riffs, rough vocals and fast guitar solos. Past the 2.5 years since the beginning, the band has been noticed in the metal community on the westcoast of norway and has performed at the Karmøygeddon Metal Festival, sharing the bill with greats like Sabaton, Overkill, Eluveitie, Paradise Lost etc.

We’re four guys; Ole, Andreas, Håkon and Brage. Three of us already played together in 2010 and Ole joined the band during the fall of the same year after he recorded a guest solo on a song. The band was born and we started writing music almost immediately. In the beginning we weren’t taken very seriously, but this changed later on when we got more songs out. All of us try to be as involved as we can, we write the music and lyrics together, everyone gets credited on each song. Before the band 2 of us were in other bands, and the other 2 looked for a band to play in. Ole came up with the name Fear Theories in his grandmother’s funeral.

Genre: The genre means a lot to us. Although we have mixed musical influences, we can all agree that our music is something we live for and hope to make a living out of. We chose heavy metal because we love heavy metal.

Evolution of initial musical and thematic elements: We’re still evolving as a band and our music probably will not be the exactly same in 10 years (If we’ll make it that long). It’s always evolving isn’t it? We’ve made some songs that are really great in my opinion (Ole), we try to top those songs and it can get tough. But it’s not supposed to be easy, you know?

Ideas about the EP: I think we nailed it pretty much. But if I were to improve something, it would be to make the mix a little cleaner. It’s a little dirty in my opinion. But that’s not a big factor on this subject. I’m very happy and proud of our EP.

Reception: It’s been great! Everyone who’s given us feedback on the EP has been complimenting us! But when we’ve played in more commercial contests, we have never won anything. We’ve gotten 3rd place sometimes though.

Preference; live or studio: That’s a tough one, we’ve never really been on the road that much, but the studio is always alot of fun, so when we play in Oslo on September 1st we’ll probably have the time of our lives.

Next step; live or studio: In the near future we will be playing some shows around in Norway. We have no plans of a full length album yet, but we will hopefully record 2 singles soon. Tours and albums is still something we daydream about.

Future plans: Right now, things are looking great. We have some shows coming up, and we got this promo deal with The Metal Detector Music Promotions which will spread the word more than we can do on our own.

Lyrics, themes and concepts: The lyrics are based on what the song sounds like. The Treasure Of The Haunted Pirate got that title because the song is very “Piraty”; Overlords got its title because it sounds so big and powerful. We have new song we plan to have a more political approach on the lyrics. We always write the music first. Lyrics aren’t the most important thing to us.

Composers: We try to write everything together. Before, I (Ole) wrote alot of the music. I wrote Overlords all by myself. Now we all write the songs and we won’t “Finish” it before everyone’s happy with it.

Inspirations: Iron Maiden, Judas Priest, Metallica and Kvelertak are some of our inspirations but like I said, we have mixed influences.

Preference; cater to the audience or music for its own sake: Both! The music has to be good, and you got to put on a good show as well.

Greatest Accomplishment: Playing at the Karmøygeddon Metal Festival is our biggest performance yet. We got our band at the same bill as great bands like Sabaton, Overkill, Eluvetie, Paradise Lost etc. That was a very big accomplishment.

Anything else?   Spread the Fear Theories Word!! You can find our EP on iTunes and Spotify. If you want a physical CD, you can contact us!

Want to read more about them? Check their Facebook Page, Myspace or Demotape! 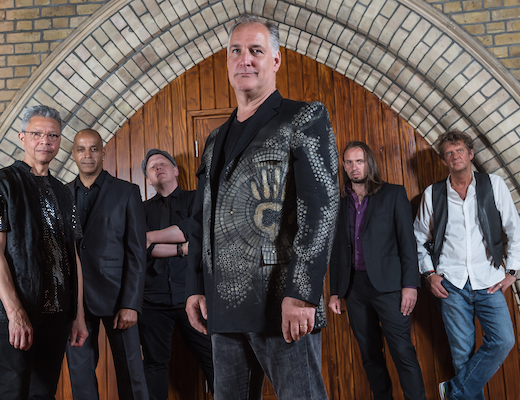