Are we guilty as music lovers of compartmentalizing artists and pigeonholing them into specific genres and sub-genres of music? Do we feel that artists must fit pre-formed, perceived genres as we strive to bring order to the chaos that is music today? I have seen some interesting and downright weird genres that bands have been shoehorned into (Brutal Death Metal anyone?).  In the world of progressive rock we tend to have less sub-genres but one which is a particular favourite of mine, and one I give my allegiance, to is neo-progressive rock. How would I define neo-progressive rock? Well, after much extensive and exhaustive research, your intrepid correspondent has come up with this definition: Neo-progressive rock developed in the UK in the 1980’s and is characterised by deeply emotional content delivered by dramatic lyrics, the product of careful composition and less reliance on improvised jamming.  There is a reliance on clean and melodic guitar solos combined with keyboards. Some may say it lacks originality but, for me, the quality of musicianship and songwriting is a cut above. The main proponents of Neo-prog (as it is often shortened to) are Marillion but many other great bands shine in this area and none more so than Welsh band Magenta.

Magenta consist of founder Rob Reed ( keyboards and guitars), Christina Booth (vocals) and Chris Fry (guitars), the line-up  is completed for their latest release by drummer Andy Edwards of IQ and Frost* fame. Their first album, Revolutions, was released in 2001 and this has been followed up with further releases, the award winning Seven (2004), Home (2006), the darker edged and much praised Metamorphosis (2008) and Chameleon (2011) which saw some shorter tracks but retained the darker edge of Metamorphosis.

The 27 Club refers to a group of famous singers and musicians (including Jimi Hendrix and Kurt Cobain) who all died at the age of 27, often from drug or alcohol abuse, which Rob states he found challenging writing the lyrics in order to make each song stand alone.

The 27 Club takes 6 members of that tragic, exclusive club and weaves a compelling story around each artist. The album starts with The Lizard King, an ode to former Doors front man Jim Morrison. The song starts with a far eastern twist, some powerful drumming and Christina’s silken voice adding a compelling flow to the swirling keyboards and very Yes-like guitar sound. After a lengthy instrumental intro Christina begins to weave the narrative with her powerful and clear voice overlaying a delightful acoustic guitar and strings. The harder edged sections are accompanied by some great guitar playing giving hints of some of those clean and melodic guitar solos. The great, coruscating melding of classic prog sounds and Christina’s fantastic voice run through right to the end of this great song. Ladyland Blues is a tribute to legendary guitarist Jimi Hendrix but starts with a definite progressive edge, the strong drum sound clearly apparent again. The acoustic guitar and keyboard sound echoes a 70’s era Yes, overlaid by a delightful female vocal harmony. The return to Magenta’s progressive roots is clearly apparent on this track, the guitar sound is reminiscent of 70’s and 80’s classic progressive bands and the small slices of vocal harmonies are a delight. The wah wah pedal gets a serious workout on this track, from the opening and through to the end. The pace and gusto of the record are dialled right back for the beautiful Pearl, Magenta’s take on the tragic life of the troubled Janis Joplin. A beautiful vocal performance is counterpointed wonderfully by the laid back keyboard sound and gentle drums. It is very easy to become involved with the characters portrayed by Reed’s wonderful song writing, especially when the music and vocal performance are as epic as this. Heart braking, mournful and soulful vocals are coupled perfectly with Chris Fry’s outstanding blues guitar, a heartfelt solo that pulls at your emotions mid way through the track. The vocals continue, beautifully melancholic leaving you transfixed before you are treated to one of the most beautiful and passionate, solos you will ever hear, honestly, it left me with a lump in my throat and moistness around my eyes. It really does affect your emotions in a strong way before a fading out to leave a gentle piano accompanying Christina’s vocal.

The story of legendary Rolling Stones’ drummer, Brian Jones is the basis of the aptly named Stoned. A fast paced intro, mimicking that Yes sound once again is matched by the thumping of the drums and fantastic synth playing, laying the foundations of what’s to come. Another classy prog influence to the song is inherent in the tinkling piano and lighter edge to the vocals all shrouded in that clean guitar sound and counterpointed by some classy keyboards.  The darker, more powerful edge to the second part of the song brings across the emotional turmoil that the lyrics are trying to convey to the listener, never more so than when we are treated to another gem of a guitar solo from Mr Fry, the paring back of the vocals into a more melancholy, but no less strong, vibe matches the fantastic synth sound but you just can’t keep that epic guitar sound away from the limelight for long as the song bows out with a suitably bombastic ending. The album then moves into more modern territory with The Gift, an ode to the life of troubled and tortured soul (and Nirvana front man) Kurt Cobain, a gentle, string inspired, intro precedes another light but perfect vocal. The orchestration of this song is nigh on perfect, adds weight to the brilliant song writing and backs up those lush vocals perfectly. The whole song builds to a powerful crescendo, with a fantastic guitar solo (as ever) before a delightfully laid back piano leads out the track. I could have sworn that the tinkling piano intro at the start of final track, The Devil at the Crossroads, is aping The Twilight Zone intro but have no time to think about that as a soaring guitar rips apart the reverie and it’s hell for leather, the excellent drums adding to the fast pace before Christina’s superb voice begins to tell the tale of legendary bluesman, Robert Johnson, the title of the song giving weight to the theory that, as the story goes, Johnson sold his soul to the devil to attain his success. Another fantastic piece of prog heaven, once again superb orchestration is key to the brilliance of the song. Another track full of emotion and passion, the slower paced moments are tinged with a melancholy edge. Yet again Chris Fry shows consummate skill and brilliance, his immensely powerful, bluesy guitar has been an impeccable highlight throughout the journey so far and reaches new heights in this epic track. The tempo is ever changing, soaring high and fast paced before slowing right back down again, hints of that wah wah pedal leeching in every now and again. The musical foil to Chris Fry’s fantastic guitar playing is Christina Booth’s powerful voice, soaring high at times and lilting delightfully at others it is as essential to these six thought provoking tales as the brilliant guitar and has to be one of the best female voices in rock today.  A delightful, blues tinged guitar backs soulful vocals as this tale of woe comes to an end, all backed by some lovely piano and keyboards, this is, as Christina sings, the blues touching your heart.  It is a superb, passionate and brilliant ending to what is one fantastic album.

It is at this point that I must make a confession, this was the first time I have ever heard anything by Magenta and, trust me, I have rectified that error extremely quickly. The storytelling and the orchestration are superb, the musicianship is immense, especially that epic guitar playing and it is all rounded off and made whole by one of the best voices I have heard in a long time. I love prog, neo-prog in particular, and Magenta continue to prove themselves as one of the true proponents of this genre. For any fan of progressive music this album should be on your wish list. 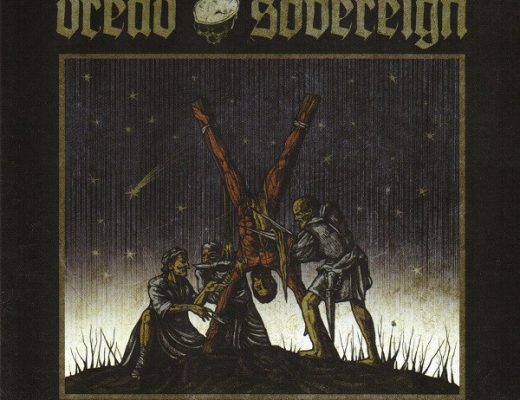 Under a Banner – Close to the Clouds 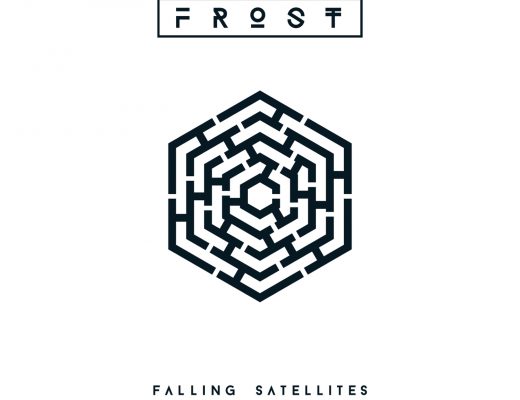