Atma Weapon is a Progressive Metal band from North Carolina, USA. They have a single release so far, ‘Dark Tower’ and are currently not signed with any label. [/pullquote_right]Bio: Our lineup consists of Brandon Allen on drums, Mick Armstrong on vocals and rhythm guitar, Billy Guynn on Bass, and myself (Cameron Johnson) on lead guitar.

We got our start basically from a shot in the dark. I sent Brandon (who I really only knew as an acquaintance at that point) a message on Facebook. I was looking to start some sort of progressive rock/ metal band and he was the obvious choice as a drummer. As luck would have it, he was game and we ended up jamming a few months later. After some of Brandon’s former bandmates joined the fold, we had our first lineup. We decided upon the name Atma Weapon since we were all, for the most part, huge retro gamers. The name was derived from a boss in the game Final Fantasy 3 on the Super Nintendo (Final Fantasy 6 in Japan). We had some lineup changes over the next couple years, adding current members Billy Guynn on bass and Mick Armstrong on vocals and rhythm guitar.

Genre: Progressive music, to me, means constantly evolving and being musically interesting. We all love different styles of music, but the common thread among us is our interest in writing music that isn’t something you would casually hear on the radio. That doesn’t mean that we try to be progressive for the sake of being progressive, it’s just what happens when we write songs together. We want to always keep pushing ourselves.

Ideas about the album: I think we are all very proud of ‘Dark Tower’. Granted, we have some specific things we want to improve on individually for the next album. Personally, I’m hoping to write more interesting riffs and more complex songs. But, it all depends on what comes out and how we arrange it. Writing is something you can’t force. It just happens when it wants to. If anything, we just want to make a better album next time around.

Reception: The reception has been better than expected. Well, let me rephrase that. In our neck of the woods, the US, it has been slow to catch on. But internationally there has been a lot of interest. We have small pockets of fans around the world; one fan here, one fan there. Oddly enough, there is a curious amount of interest in Russia, at least as far as our album on torrent sites. That’s ok with me, as long as people are listening!

Preference; live or studio: Both are totally different experiences. I probably prefer being in the studio just because working on a song and seeing it come alive is very fulfilling. Playing live is amazing too, but it can really depend on the crowd, how you are playing, and how rehearsed or not rehearsed the band is at the moment. There are more variables you can’t control playing live, and you only have one shot to get the songs across right. That’s what makes playing live exciting ultimately.

Next step; live or studio: We all have day jobs and some of us have wives and children, so touring is a tricky subject. I’d love to tour at some point, but it isn’t feasible at the moment. If we were all in our early 20’s and single, it would be much easier to hop in a van and just go for it. We are trying to build up our fanbase right now. We play live maybe once a month. It would be amazing to play some festivals overseas!

Future plans: The future looks great! Writing for the next album is underway and we are playing live somewhat regularly. That’s all I can really ask for at the moment. None of us are homeless and we all enjoy making music still.

I’m looking forward to doing more variety on the next album. I tend to write long songs, so the band has to reign me in a bit, though the long form stuff isn’t going away. My idea for the next album is to have half of the songs be standalone and shorter, and the other half be a continuation of ‘Dark Tower’, at least conceptually. That’s the idea anyway. We have about five or six songs in the works at the present moment.

Composers: Up to this point, I’ve been the main songwriter, but we all have a say in the arranging. For our next album, we will all be contributing to the songs a little more evenly. Lyrically, Mick is the sole writer.

Inspirations: We draw from a pretty diverse pool of artists. From metal bands like Metallica, Opeth, and Pantera, to prog rock like Porcupine Tree and Coheed and Cambria, to jazz artists like Pat Metheny, and even some pop stuff. Our influences don’t totally overlap between members, but that’s what makes for interesting music.

Preference; cater to the audience or music for its own sake: Catering to the audience is a slippery slope. You want to have fans and always gain fans, but in the end you need to grow as an artist and stay true to the music. You just have to write the music you enjoy and always try and progress. I think if you love what you are doing, people are going to notice. I know that’s cliché, but I think it’s true.

Greatest Accomplishment: In terms of the band, we are still extremely unknown. So far, releasing our debut album and making our music video have been our biggest accomplishments. We did both the album and video without any label help. Hopefully there will be many more accomplishments to come!

Anything else? Thanks to all who have gotten a hold of the album! We sincerely appreciate all of the support! We are currently writing and playing shows. We will hopefully be back in the studio by the fall of 2014. Thanks for listening!

Want to know more about them? First, go and read our own lonestar’s review of their album, Dark Tower… Also see their Band Camp and Facebook! 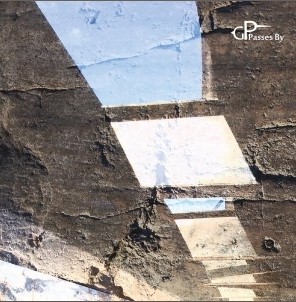