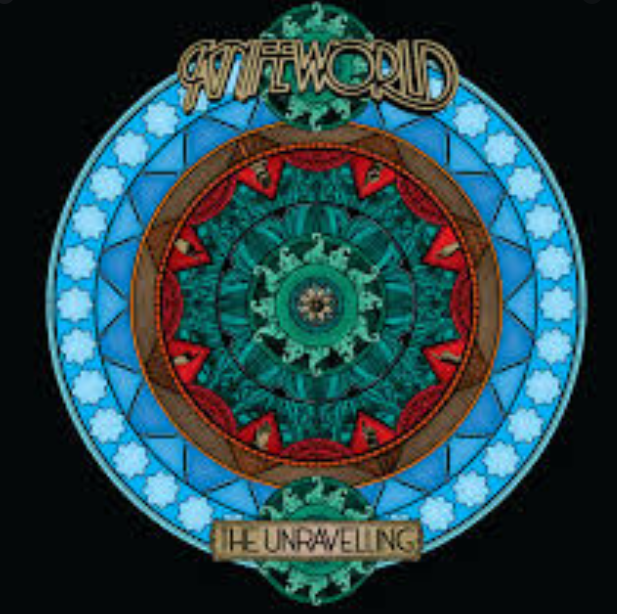 We talk of a new renaissance of progressive rock, brilliant albums by the likes of IQ, The Gift, Tim Bowness and Abel Ganz to name a few, have a buzz going on that is rapidly becoming infectious. The odd, duff, release from established veterans aside, it is a time to be enthused about progressive rock and to see it explore different styles and expand the boundaries, become truly progressive if you like.

Artists like Mark Healy (Hibernal) and Transport Aerian are expanding our ideas of what progressive rock should be already and that will only continue with the flood of new releases from hitherto unknown artists or those who have perhaps been considered as underground or even cult artists. One of these artists is London’s own Knifeworld and the word going round is that their new release ‘The Unravelling’ is one to definitely keep an eye out for. The fact that the album cover is pretty majestic is an excellent start for me.

Initially conceived as a Kavus Torabi solo project, Knifeworld started life in 2009 following the release of the debut album ‘Buried Alone: Tales of Crushing Defeat.’ Kavus formed and fronted the unique London psychedelic/ math rock group, The Monsoon Bassoon from the mid 90s until their split in 2001. Following The Monsoon Bassoon’s split Kavus joined legendary cult band and kindred spirits Cardiacs in 2003 as guitarist until their unfortunate demise in 2008.

Torabi joined the Avant-progressive group Guapo in 2005 as both co-composer and guitarist with whom he continues to play and he also joined world renowned psychedelic group, Gong, in 2013 as guitarist/ writer. Busy man then it would seem.

“Traditional rock instruments are augmented with male/ female vocal harmonies, bassoon, saxophones, keys and strings. Torabi typically employs psychedelic, polyrhythmic arrangements married to insistent pop-hooks that are both ambitious and unpredictable.  A musically kaleidoscopic, eight-song cycle shot through with melancholy, regret and loss. Like an explosion in an acid factory, The Unravelling is singular, otherworldly and audacious.”

Not your average mainstream act then, by the sound of it, this should be an interesting listen and I’m salivating at the prospect already.

The inventiveness starts with the song titles. The first track on the album is called I Can Teach You How to Lose a Fight and begins with a slightly offbeat percussion note and wistfully delivered vocal from Melanie. The chugging percussive note is then hamstrung by a deliberately distorted and menacing note that gives an all pervading sinister feel to the track, almost like a comedy horror soundtrack. It bangs against your nerves before the lightness breaks in with Kavus’ vocal and a decidedly cheery horn section. The inspirations are flying in from all over, keeping you off kilter and firing into your aural receptors with reckless abandon. I haven’t heard anything quite like this before, it is almost like a progressive/ska fusion with liberal doses of acid jazz and is, in fact, insane genius. Like a short interlude, The Orphanage has a heady pace and discordant note infused with a creative humour that just puts a smile on your face. Forging its own path and using the brass section to add gravitas.

Send Him Seaworthy begins with anoff-beat rhythm section before a delightful dose of bassoon delivers some psychedelic inventiveness. This track has a real mutated brit-pop feel to it with the measured delivery of the vocals, more like a narrative than a song. It’s like Kavus re-imagining himself as some sort of mysterious Damon Albarn clone from another dimension.  There is an engaging freshness to the music that verges on the tragi-comedic in places but is always accessible and engaging. A delusional guitar solo from the mind of a psychopathic god combines with the urgent and neurotic horn section to complete this bright and ingenious track. The next track Don’t Land on Me is the one that has the most serious edge to it, the comedy nose and water spraying flower have been left at home for now. It is still utterly magical though. An insistent, smooth and brassy intro makes way for a relaxed, jazz and reggae infused sound that just screams feel-good at you. Original and innovative, it invests the track with high-tempo brashness as it gleefully hits you in the face. The segue into the smooth jazz feel of the vocals is abrupt and discerning as the individuality of this special band is allowed to pour forth.  One of the first releases from the album, you can see why as some of the headlong turbulence of the rest of the album is reined in to a certain extent. To me, I think this track epitomises Knifeworld perfectly, the subtle quirkiness divests itself into some sublime musicianship but it always keeps a sense of perspective and playfulness.

The Skulls We Buried Have Re-grown Their Eyes is as macabre and creepy as the title suggests. It is a song that buries under your skin, attacking your sub-conscious. Like a voodoo inspired mantra, it mesmerises and disturbs at the same time. Daring you to like it, you cannot help yourself but it leaves your flesh crawling in a masochistic manner. Scarily enjoyable as the music dances crazily along in the background, a perfect foil for the slightly deranged and menacing vocal. After the guilty pleasure of the previous track, Destroy the World We Love is another track with a dark sense of humour. With a heavy funk style to the fuzzy rhythm section and some clever interplay in the vocals, it is edgy and brooding in places but is has a catchy feel to it. Kavus is a font of experimental ideas that he fuses together to make hip and oddball music straight out of leftfield that just seems to work and make sense on every level. The elements of anarchic and disordered sounds are melded together with smoother, pop and jazz influences to deliver a singularly enjoyable experience.

This Empty Room Once Was Alive is like an Edgar Alan Poe short story set to music. Sinister and disquieting, it fills you full of foreboding as it draws you into its bleak and sinister world. The striking vocals and jarring music never let you settle, it is quite disquieting to listen to but addictive nonetheless.  The final track, I’m Hiding Behind My Eyes, is quite ethereal in its own way as it gently winds its way through your mind. The repeated acoustic guitar and piano add in a layer of sophistication as the song meanders along, unflustered, at its own pace. It is quite a delightful piece of music with a deep abiding feel of long summer days. If its intention is to leave you in a state of serene grace, unruffled and at one with yourself then, it does so with aplomb. The vocals are hushed and steady and it concludes your journey through the eccentric and unparalleled world of Knifeworld in a calm and collected manner.

With a massive cast of influences from avant-garde through art rock and pop rock to the heady heights of progressive rock there was always a risk of Knifeworld falling flat on their faces. Not a chance! Whilst lovers of classic progressive rock may find little for them to grasp, for those of us with open minds and willing to accept and assimilate new ideas, it is a feast of musical brilliance. A wild ride not for the faint of heart, ‘The Unravelling’ is touched with flashes of genius that make it stand out from just about every crowd.

Avant-gardeKNIFEWORLDKNIFEWORLD – THE UNRAVELLING
0 Comments
By Progradar 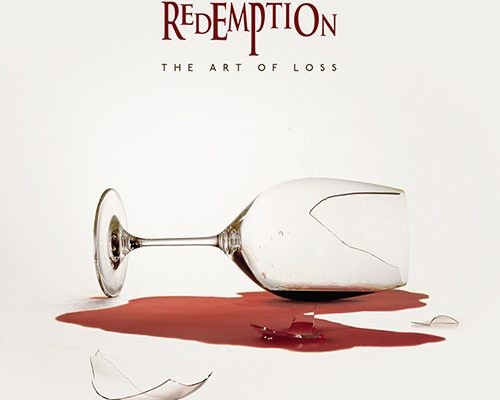 Redemption – The Art of Loss

The Sixxis and the Winery Dogs