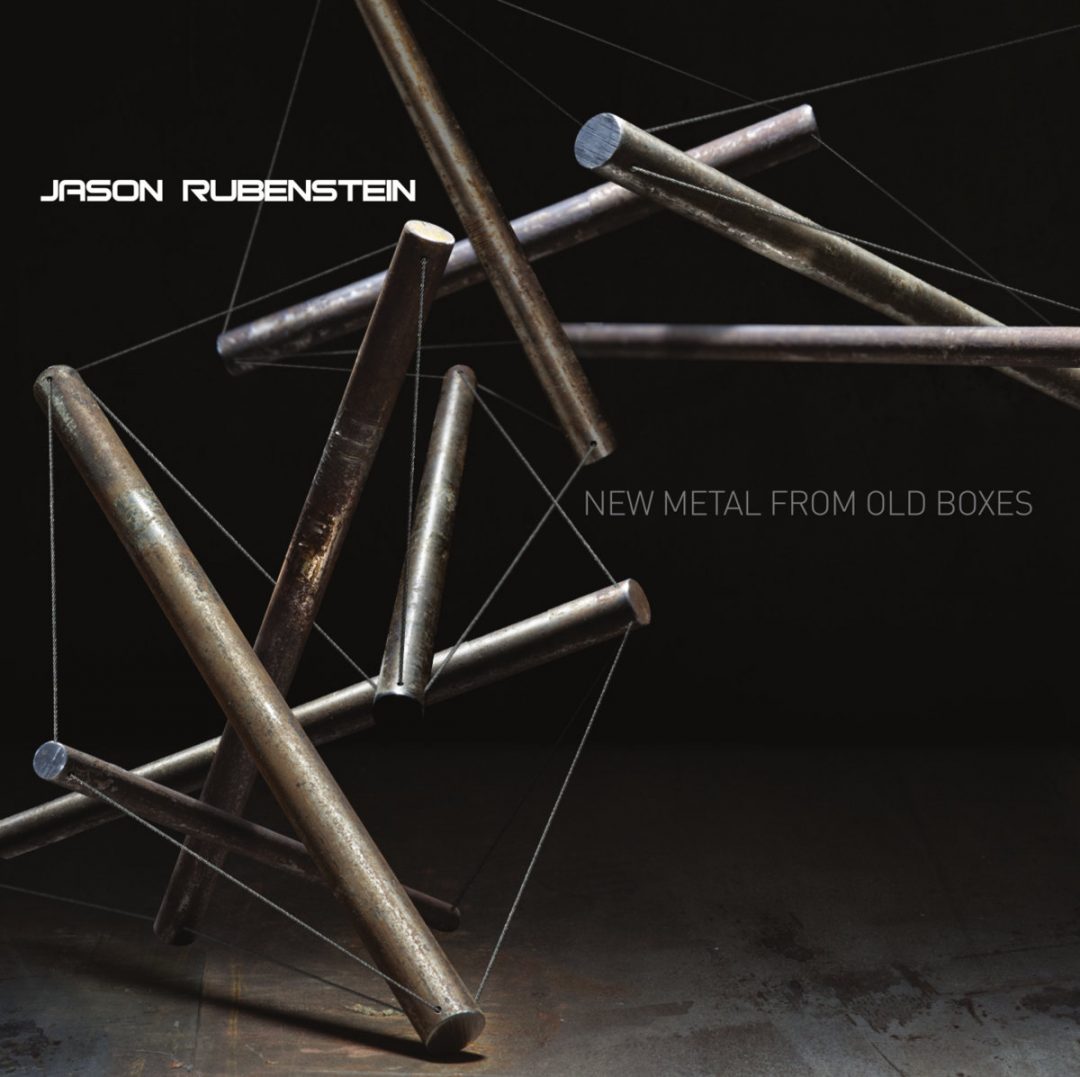 Excuse me, but I think I dropped something… MY JAW!

There’s a thousand words that I could say to explain you why New Metal from Old Boxes, by Jason Rubenstein is a must have. But let’s save time. Call your mama and ask her to make some room on your proghead’s sacred wall for this album, and meanwhile I’ll give you my (almost) thousand words. Yes, I have counted my words, and yes, you can thank me for the heads up later.

Jason Rubenstein is a San Francisco based musician, active since the 80s when prog was even less popular than now, and listening to progressive rock since he could remember. Jason’s has been working for year writing music for TV and films, his work has been heard on National Public Radio, NBC Television, Soma.fm, and in the film “Replicant”. In 2000, he was featured in an EQ magazine article “Adventures in Sound Design”, and his sound design was used in ABC’s television series “Lost”. He has also been working at Google in the past, as a software engineer, therefore I can assume he is an intellectual badass in every sense of the word. After finding himself suddenly unemployed he didn’t waste time and immediately started composing for this album, he even came to a point where he was writing one song per day…  Impressive uh? Also, New Metal From Old Boxes, is his first release in over ten years! Knowing how well versed Jason is, can you imagine how solid this album can be? The quantity of awesomeness contained on his human head, collected through years and years of musical passion, must be something too epic to put into words. New Metal from Old Boxes is one of those albums that can catch you from the first second. I can’t even begin to explain the heartwarming feeling I got with every song. New Metal From Old Boxes holds on tight to its dark imagery and rich, intense instrumentation and fusion coming from an expert’s hands. Jason himself is on charge of keyboards, synths, samples and programming, and he does a masterful work I must say.

Now, knowing Jason’s musical background, experience and knowledge, he could easily do a great album and keep himself out of the experimental path without running any risk, you know, geeks like him could make a decent song just by doing some simple math. But instead, and this is what caught me from the very beginning, he steps out of his comfort zone and would rather challenge himself, even when he doesn’t need to, showing that he loves making good music more than making good money. And it’s being quite a long time since the last time I found an album on which every song would possibly be a great single, a sort of an epic suspense movie soundtrack that would surely make your life epic and exciting just by listening to it. With top notch production, every song executes flawlessly what Jason wanted to hear from it with a passive – aggressive fusion of heavy rock/metal and classical cinematic fictional atmosphere, filled with loud weird noises that increment the uniqueness, cryptic yet meaningful song names, all instrumental tracks that show you don’t need words or lyrics to tell a story and bring excitement to our ears and hearts.

I’ve said all of this out of my personal fascination, and I’m afraid this would lead to a misconception to anyone that is not so used to my usual passive self. Though anyone that knows me would know right away that I’m only this hyperventilated because this is gold. New Metal from Old Boxes is quite a clever name for this album, which taking the greatly rich essence of 70´s synths (and Jason’s mad love for them), as well as the most legendaries progressive rock band’s sparks of brilliance, is projecting all of this into an innovative modern concept of progressive music, adding shades of classical and ambience music, huge drums, and a lot of epic strings to recreate how on Jason’s creative mind modern prog rock sounds like. Jason being such a talented, skilled and experienced musician is now searching exactly what a rookie true musician would search. To be heard. And I point at this because there’s a huge differences between making music that people would like, and make music for yourself. The tasty playing of this man and his eclectic yet selective musical taste has shaped this album into one of the most solid and beautiful odes to modern heavy prog rock out there.

If you are a progressive music fan of my age, with this album you’ll have a great chance to sneak into what the big bosses created on the old good days and now progheads treasure as classics. And if you are older and, same as Jason, you have probably been raised into legendary prog (King Crimson, ELP), this will surely be a great opportunity to revamp your musical passion. And finally, if you are a keyboard, piano, organ and/or synth player/fan, well… I’m not here to judge man, but not getting this album must be a crime for someone like you. And prog police has no mercy. Just saying.

Singer / composer / lyricist / writer / storyteller / kittens hipnotist. I've been a metalhead for the last 15 years. I'm just starting as a musician, but more than that I'm a fan, I don't have boundaries with music, I'm very eclectic. My passion is out of control, I can spend entire nights listening to music and though I have my favorites (fangirl level = GOD), I will always have open ears and heart to listen new music and to fall in love with it.

Ed Harcourt – Back Into The Woods

Dark Age – A Matter of Trust