Protean Collective- The Red and the Grey

I honestly feel that one of the most reassuring aspects of working for Lady Obscure is the constant reminder that prog rock and metal isn’t going to fade into obscurity (pun totally intended) any time soon. Of course, the large scope of music that falls under the progressive label never saw the commercial success that other rock genres of the past seemed to enjoy, but unlike such movements as hair metal or grunge, it won’t be seen as a thing of the past either, with a constant influx of new and fresh talent coming on board to keep the music fresh and alive. Which brings us to today’s review, The Red and the Grey by the Boston progressive metal band Protean Collective (a very cool name I must say!!!). This band came to me the same way so many other bands do, as a recommendation from their fellow Bostonians The DEADSTATION. Once I saw their suggestion, and the fact that the master of all things prog metal Jens Bogren was involved, I knew I was going to review this one even before hearing note one. Needless to say, this magic formula for finding kick ass bands proved to be as solid as ever.

Now, as to the band, they sat down with a Q&A with the Lady Herself a little while ago, which can be read here. Protean Collective is made up of Graham Bacher on vocals and guitar, Steph Goyer on guitar, Dan Ehramjian on bass, and Matt Zappa on drums, forming in the Boston area around 2007. They since have released an LP, Divided (2010), and an EP, Exposed (2012).  They also have played extensively throughout the eastern US along with such acts as Scale the Summit, The Reign of Kindo, and Jolly. Now, let’s take a look at their latest offering, The Red and the Grey….

The Red and the Grey is an eleven track tour de force spanning a hint over sixty minutes. There is one constant to the music, and its apparent from the opening of the first track, Emerge, Protean Collective delivers a unique blend of a variety of styles, and manages to merge them seamlessly. First off, there is a solid, aggressive metal edge, structured around guttural hard chords and a near mechanical precision. There is no shortage of musical talent here. The first twist is the vocals. Where one would expect a power singer or even a growl vocalist, Protean Collective comes out with the low and slow, sultry style of Bacher. He rarely breaks out of his dark style, an almost shocking contrast to the surrounding music, and one that takes a listen or two to really absorb. But when it does sink in, it settles deep, really driving the collective mood of the music home. The second track In Waves is a bit more subdued, though not much, the musical edge really never lets up throughout the album. Goyer does some brilliant fret work here, pairing nicely with the precision rhythm delivered by Ehrmanjian’s solid, pumping bass and Zappa’s flourishing fills. The combination is a sound that is distinctive, and refreshingly fresh, another step ventured outside the more standard prog metal bubble has been made successfully.

Running through the rest of the album, there is much more of this base sound, but with a tremendous amount of variation to keep the music from getting stale. Exposed has an almost staccato like sound, with Bacher’s vocals nearly painted on the rough edges.  Only One comes from a hundred feet down, and explodes with a fiery and relentless pace. Room 16: Our Ghost is the one slower song, a dreary and sorrowful number, the one where Bacher’s voice, in the beginning, seems to be at home. Then the song kicks up in power, and the vocals really increase to match, almost breaking the growl range, but not quite crossing over. It delivers the emotion of the song perfectly. The album closes out with its two longest tracks, the first Until Were Bones carries an epic feel to it, being more a journey than a mere song. The power opening settles into a wispy vocal section with some real solid guitar work holding court. The track kicks up in power and intensity, and continues to bound around, taking the listener along for one hell of a ride. The closer, and title track, The Red and the Grey, carries on that epic feel, closing the album in brilliant fashion. A solid and sweeping track that really holds dear to the huge array of influences that Protean Collective pours into their music.

In their interview with the Lady, they state that their sound is “more just a result of our musical taste colliding together.” It’s a kind world we live in that just happens to put the right four people into the right dorm, eventually delivering to us this unique and awesome album that is The Red and The Grey.

Chef by trade, metalhead by the grace of God. I have been an avid music lover ever since six year-old me was introduced to Yes by my older brothers, and I fell in love instantly. Music became my savior, my confidant, and my best friend. It was a steady force through all I endured in life, good or bad, it was always there, always reliable. Now, as one of the founding authors of Lady Obscure Music Magazine, it is my privilege to share that love with all of you. 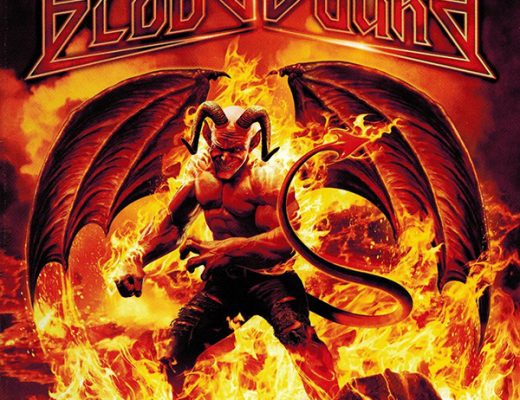